Serving Sonoma and the north bay SINCE 1974 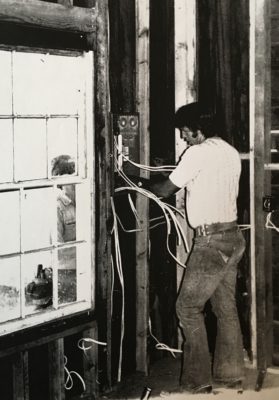 It all began with my father Charles Welch. Just after WWII he started working as a Marine Electrician at the docks in San Fransisco, putting food on the table and keeping a roof over our heads in a fast growing City.

From there he went on to work for some of the biggest projects of the day, working with industry giants such as Crown, Ferrel and Hampton Electrical until his retirement. As a boy I would often go to work with my father to learn the ropes, however I won a Football Scholarship to the University of Oregan, so at that time my sights were set on sports and business studies.

Soon after graduating I entered the trade and after many years working with Abbett Electric on large city projects such as the Hancock Insurance building, the Golden Gate Block, the Coca Cola syrup plant and the Golden Gate and Oakland bridges, it was time to go it alone.

I moved to Sonoma and established Northern Lights Electric in 1974. My father joined me at this time to create a sound family business. In more recent years my son, Elliot Welch has joined the business to make sure we carry on the good work for generations to come.

For all your Residential, Commercial and Industrial electrical needs look no further than Northern Lights. We are on hand to provide you with a free, no obligation quote.